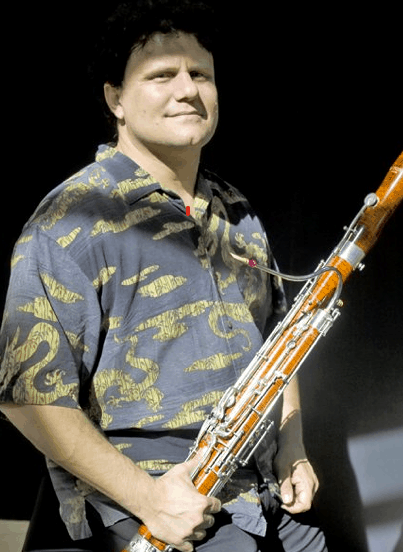 Paul Hanson’s musical journey is a testament of fearless dedication to craft and creativity. Over the last 20 years, Paul has rewritten the rulebook and set new standards for what is possible on this most classical of woodwind instruments. As one reviewer puts it, “But he simply transcends technique to a point where the listener no longer has in mind that it’s a BASSOON that he’s playing.”

His explorations have transcended limitations and created new possibilities-all while making music of the highest quality. Paul’s repertoire encompasses musical aspects of all modern styles of improvised music. From his roots as an award- winning classical bassoonist and jazz saxophonist- Paul has sought to expand the lexicon of the bassoon while creating a unique musical voice.

Paul has traveled throughout Europe, Japan, South America and the States. He has appeared as a bassoonist in many Jazz festival all over the world.

Paul was the 1996 Grand Prize winner of JAZZIZ Magazine’s WOODWINDS ON FIRE award-the first bassoonist ever to win.
He also was the winner of the Robert Mondavi Woodwind concerto competition in 1984 in California.

Paul has a BM in Bassoon Performance from the San Francisco Conservatory of Music.