Born in Parma, Italy, Stefano is recognised worldwide as one of the most charismatic and talented bassoonists of his generation.

A student of Ovidio Danzi, he has worked as first bassoonist with the Maggio Musicale Fiorentino and the RAI National Symphony Orchestra in Torino, as well as the Mahler Chamber Orchestra and the Symphonica Toscanini under the direction of Claudio Abbado and Lorin Maazel.

However it is as a passionate and energetic soloist, chamber musician and pedagogue that Stefano is most well-known. With a high profile career of over 30 years, he has performed in major concert halls throughout Europe, the US, South America, China, Japan, and Scandinavia. Previously holding formal teaching positions in Spain and the Venezuelan Sistema, he also leads masterclasses and lectures in conservatoires, festivals and conferences around the world.

As well as his position at the RNCM, Stefano holds a professorship at the Conservatorio di Musica Campiani in Mantua, Italy. He sits on the panel of many major international woodwind competitions, most recently the Gillet-Fox, Muri, and Audi Mozart. 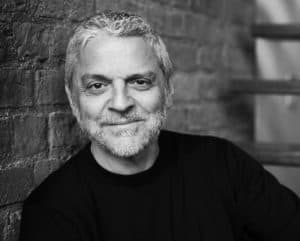